When I first encountered Dan Miller’s work, he was producing a number of sculptures and small collages for a forthcoming show at artist led space +44 141, in Glasgow. One of these meticulously assembled works on paper, Camouflage Structure (2007), contains a disruptive pattern incorporating two faun like figures, one slightly increased in scale as though magnified along an axis bisecting the image.

The figures’ awkward duplication presents us with a complex visual cipher, suggesting the possibility that the same form might also constitute its accompanying camouflage. Miller frequently produces and reproduces facsimiles of his own and appropriated works. In Still Life (2008) he takes two ‘paint your own’ canvases, working simultaneously on both, mark for mark, carryingout a chain of exercises to create ‘twinned’ paintings rather than a diptych. These codes of mirroring, repetition and disguise emphasise a function of reading that exists between the production and reception of an artwork, a process defined by encryption and deciphering – one that inevitably presents a potential gap in communication between artwork and viewer.

His recent works, Composition in Three Parts, Untitled and Blue Angel I & II (all 2010),produced during a CPH AIR residency in Copenhagen, further emphasise Miller’s revealing of the ‘void’ within, or beyond, the painted plane. Drawing from the design motifs used in the branding of the Aldi supermarket chain, which in turn reference Concrete art and De Stijl, Miller develops a series of geometric patterns floating upon a complex framework of lines, the grid providing a skeletal underpinning for pictorial and chromatic arrangement.

Much like Miller’s earlier collages, these works coax the viewer to consider the space beyond the image, where tessellating patterns converge to form an infinite motif.

Head to the Press category of the Portfolio page to read similar articles. 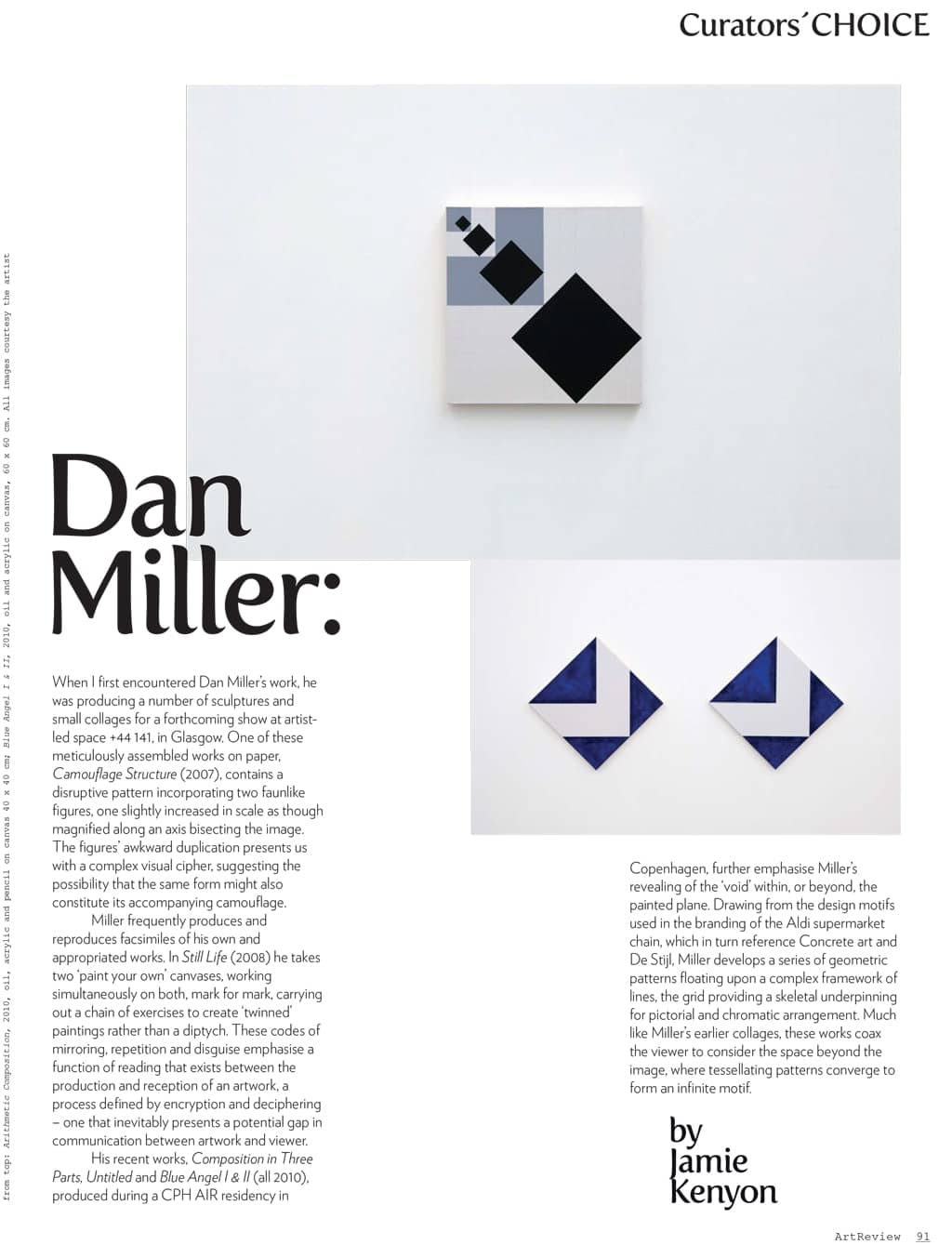